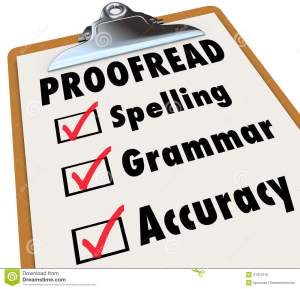 New Author Editing is just that — dedicated to helping new authors create the best book possible, whether you’re self-publishing or going the traditional route. We also keep your cost in mind to help you turn a profit. Our services are designed to meet any budget. Get content editing, proofreading, book marketing, and publishing assistance to put your book in reader’s hands today. It’s not easy getting a good return in today’s book market, but New Author Editing gives you an advantage. Your book is an investment in your vision, and we’ll make it with you.

We handle a wide variety of work because we’ve worked in a wide variety of fields. If you’ve written it, we can edit it. We’ve worked on everything from picture books to romance novels, entire series to one-time term papers and edit it all the same way — with attention to detail and a desire to make your writing shine. After all, we want your work to stand out and represent your vision. You deserve the credit for what you’ve created; we want your readers to see it in the best light possible.

John Briggs is a professional writer and editor who has been in the business for more than twenty years. He began his career as a journalist, moving on to work as a magazine and newspaper editor. He eventually became a nationally syndicated reporter with columns appearing in scores of papers. Leaving journalism for publishing, John headed up the editorial and marketing departments of a nationwide educational publisher. Now owning his own company, he has edited hundreds of short stories, novels, and non-fiction books, as well as a variety of other projects, including poems, screenplays, articles, term papers, blog posts, and web content. As a writer, John’s work has appeared online, in print, and on television and radio. As an author, John is best known for his children’s books, which have been reviewed in many top publications. He is deeply familiar with both traditional and self-publishing and can help authors pursue either path.

His work has been featured in:
• The San Francisco Chronicle
• The Miami Herald
• The Toronto Star
• USAToday.com
• AOL
• Livestrong
• Plus dozens of other newspapers and websites

His press releases have led to stories in Newsday, the Houston Chronicle, San Diego Union-Tribune, Yahoo News, and many newspapers and websites. He’s also arranged interviews for himself and many others in print, television, radio, and online media.

Get a FREE ESTIMATE today from New Author Editing!

New Author Editing is based in Albany, NY, but we’ve worked with authors from around the world. We’ve helped authors from New York to California, the Capital District to the Carolinas. We’ve also worked with plenty of authors from abroad, including Canada, Ireland, the United Kingdom, Germany, China, Turkey, and Nigeria. We can edit your book no matter where you live!